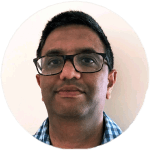 Dr Anand Kulkarni is a higher education professional at Victoria University.
This article is based on his article, ‘THE rankings: Australian Institutions continue to be strong – analysis’ that was published in Campus Review on 6 September.
The views expressed in this article are those of the author and do not necessarily represent the view of AAIR.

The recently released Times Higher Education (THE) 2022 shows that more than 1600 institutions have been ranked globally, 135 more than the ‘THE 2021 rankings’. This is evidence of greater competition on the global stage.

Australian institutions have strengths in citations, research (research productivity measured by papers, research income and research reputation as measured by a global survey), international outlook (staff, students, international collaborative papers), and to a lesser extent industry income. Greater engagement with industry is arguably an area of attention for Australian universities.

Teaching, which comprises reputation (through a survey), doctorate to bachelor ratio, doctorates to academic staff ratio, institutional income in total, and student/staff ratios, generally tend to score lower than the other pillars. That’s because these are largely input measures rather than teaching quality or student satisfaction with teaching. However, teaching reputation does serve as a quality measure in the sense of being driven by academics’ perceptions of institutions rather than students’ sentiment. Greater involvement of students in these and other rankings may be an issue for rankings agencies to contemplate.

Examining the average scores across the top 5 Australian institutions reveals that in comparison with the previous year, industry income, teaching, and international outlook have all improved in score. There was a slight decline in research and citations.

Want To Get Published Too?

Email Us Your Article/Paper 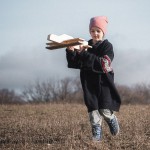