We let the sunshine in!

The AAIR forum returned to Queensland after a ten year gap, splashing down at Sea World on the Gold Coast. The pre-forum workshops hosted by Southern Cross University, Benchmarking and New AAIRies, again proved popular – thanks to AAIR’s new Life Member Wendy Marchment to again running the workshops.

The forum opened with a moving Welcome to Country and then Professor Sandra Harding’s keynote. As always, Prof Harding’s address was challenging, insightful and entertaining, sharing with a project aimed simply at changing the world. The first day then settled into the concurrent sessions covering Direct Applications, the Non-School Leaver market, International Students, the International IR scene, Business Intelligence, Tracking Student Success, Identifying Students at Risk, Technology Convergence, Course Evaluations, Preferences and Predictions from them, Financial Sustainability, Data Governance, Special Interest Groups for DEEWR and Surveys and the 2010 CEQ. A full program indeed.

The poolside drinks wrapping up the day provided us all with the opportunity to renew our networks and build new ones. Organised by Don Johnston, the session became known as Don’s Party. During the event, we paused to remember Shane Klease, a colleague we lost during the year.

Professor Peter Lee, VC Southern Cross University, opened the second day of the forum. SCU continues to support AAIR endeavours and Prof Lee got the day off to a great start. A newcomer to Higher Education, Dr Pamela Kinnear then provided her keynote address, drawing together themes that cut across boundaries. For those of us who were lucky enough to be there, the tuneful finale to the Dr Kinnear’s keynote and by from AAIR Executive Committee member Bruce Guthrie will live on in our memory.

There was lively discussion amongst our panellists, Dr Gavin, Moodie, Mr Alan Mackay, Dr Pamela Kinnear and Dr Lawrence Stedman, with topics ranging from decision making and allocation of resources to lessons from other sectors. This lead into the AAIR AGM, which this year didn’t involve election of office bearers. AAIR President, Dr Josephine Palermo, presented her review of the year and laid out the direction for the next. The Treasurer’s Report showed AAIR’s strong financial position and thanks to the work of AAIR’s auditor, AAIR now has a blueprint for improving the accounting practices to meet international standards. The AGM finished with former President and long term AAIR member Wendy Marchment being voted the honour of becoming an Honorary Life Member – congratulations Wendy.

How many conference dinners have you been to that started with a Dolphin Show? The pre-dinner entertainment was delightful and saw lots of ooohs and ahhhhs, and enabled the delegates to have a look at Sea World as we walked through to reach the Paradise Room. After some opening remarks, the dinner got off to great start with the surprise guest, Ben the Sea Lion dropping in, actually he walked up the stairs. The two Life Members present then got up close and personal with BJ, who planted a very fishy kiss on Wendy’s and Bruce Zimmer’s cheek. The rest of the night was spent in enjoying the food, the view and the company – with some entertaining dancing thrown in.

For the hardy, the next morning opened with the Shark Bay Experience. The colour and wonder of the seas was revealed and explained.

Friday was the 11th day of the 11th month, and we paused in remembrance. Professor Ned Pankhurst from Griffith University then opened the day and got us away to a great start. We moved quickly into our sessions on Performance Funding, Supply and Demand, the DEEWR uCube, Standards, Demand Driven funding, and using IR data to re-engineer a faculty. In recent years the third day of the forum has included a repeat of popular papers from the first two days, and this year Sara Rowley and Leone Nurbasari, and David Marr repeated their presentations.

Wrapping up the forum were two announcements: the 2012 Data Warehouse and Load Management SIGs to be jointly hosted by RMIT and Victoria University in July 2012 – watch the newsletter for more details. And the 2012 AAIR Forum will be held in November at the Crown Plaza at Terrigal NSW.

I’d like to thank the delegates for participating in the forum and making it such a success.

A different organisational model was introduced this year, with AAIR itself being the host institution using a committee drawn from the AAIR executive, and from different universities. The success of the forum provides AAIR with an additional proven model for the future.

I’d like to thank Leishman Associates, particularly Brigitte and Tiara for providing AAIR with such a wonderful platform on which to build our forum. And finally, thanks to the Organising Committee, Kerry Martin, Kristeen Courtney, David Marr, Luke Parker, Ken Richardson, Don Johnston and Kathie Rabel. 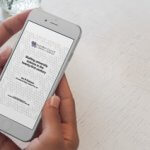