AAIR Member Ian Dobson has written a report on the staffing of university science. The report has just been released.

We hope that this is of interest to the broader AAIR membership, especially stats officers.

The report has a strong theme of criticism of the Federal government’s restriction of the availability of public information on the spurious grounds of ‘privacy’.

Ian Dobson worked in higher education from 1971 until 2005, at RMIT, Melbourne and Monash. He currently holds an adjunct professional staff position at Monash and is an honorary senior research fellow at Federation University.

From the President (February 2022) 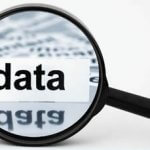