Rintaro won our best presenter award at the 2020 AAIR Annual Forum. As the winner, he was awarded a registration to attend the AIR Forum Virtual 2021. He shares his experience with us here.

In BC (before COVID) times, when you joined an overseas conference, you had to take a lot into account. Making reservations, taking time to travel, time for the conference, exchanging currencies, making sure your own work at home has nothing left marked ‘urgent’, making sure people won’t contact you for something that ‘won’t take long’, et cetera et cetera. And this doesn’t even take into consideration the secondary things like adjusting to time zones—especially when you cross the Pacific—or catching up on paperwork that piled up on your desk while you were gone.

Since Japanese universities start their academic year in April, there is a lot to do until the end of June, and the AIR Forum is usually held right in the middle of that crunch time in May/June. Several years ago, I had the opportunity to participate at an AIR Forum, and when I returned from the overseas trip, I experienced first-hand that ‘catching up on paperwork’ part mentioned earlier, which was more than I anticipated. This was one of the main reasons why I usually skipped one of the biggest events in the IR calendar.

But in DC (during COVID) times nowadays, most of those problems are gone. We are used to working from home, communicating with colleagues online, and attending these big events that have also moved to the virtual space. For the second time, the 2021 AIR Forum was held virtually from 25–28 May, and more than 1200 participants joined the online forum.

One beautiful thing was that most of the talks were accessible until the end of June, so you could take your time and watch as many presentations as you liked. The usual problem with parallel sessions where you have to choose a room and be physically present was gone. Interesting topics that occupied the same time slot were simply available on demand for you to watch afterwards. (Obviously watching the video on demand afterwards did not allow you to post any live questions, but it was still more informative than not watching the presentation at all.)

During live events, everybody was eager to share their thoughts in the chat and networking breaks, and the so-called ‘IR Water Cooler’ provided the perfect opportunity where you could grab a snack or refreshment of your choice and join the conversation. (Although, you really needed to think ahead, because for once during such an event it was you being responsible for proper beverages.)

Aside from the many individual presentations, such as impact sessions, concurrent sessions, discussion groups, and on-demand content, the forum also featured two major keynotes, delivered by Michele Norris and Harper Reed, who addressed current issues in American higher education. This sparked a candid discussion among participants.

Michele Norris, an award-winning journalist and Washington Post Opinions Columnist, gave the opening keynote, where she talked about The Race Card Project and the findings she made over the years. People were asked to think about the word ‘Race’, distil their experiences or thoughts into one sentence with only six words, and submit it to the project. Through the years she collected many stories of people around the world, realising the ‘power of listening in the most simplistic of ways.’ More than 700 people joined the live presentation, many of whom shared their own six-word stories in the chat, sparking a very lively and exciting discussion.

Influenced by recent events in the United States, race, equity, and diversity were a central focus of many presentations and discussions throughout the conference. People not only voiced concerns on the negative effects of disparities at universities, but also gave their expert opinion on how to improve the situation on their campuses.

Another interesting trend was the increase of collaborative projects involving data from multiple universities. There have been discussions and Q&A sessions in the past where panellists exchanged thoughts and compared notes on how to administer and analyse data to support good decision making. But seeing one unified data set across multiple universities, comparing raw numbers of the student experience and not simply end results after extensive analyses, was a very inspiring idea that will definitely impact university management. Although, considering all the hoops and hurdles participants had to jump through just to satisfy their university’s regulations, translate the university-specific nomenclature, and adjust the different terminology and abbreviations to finally create a comparable dataset, this is certainly not a type of project I would start on my own in the near future.

As for the closing keynote, Harper Reed, CTO of the Obama 2012 campaign, gave a very energetic, entertaining, and interactive presentation, talking about recent developments in tech and the power of the crowd. However, touching on relatively new concepts such as crowdsourcing, APIs, and AI technology and its powers to influence and improve the community, he also warned about the inherent bias new technology might come with. The tool he provided for the audience to manipulate and affect his own presentation with various emojis and symbols was both funny and engaging, creating an interactive, compelling atmosphere with participants.

Thanks to AAIR, I also had the opportunity to give my presentation, talking about my own findings and chatting with people overseas. As is often the case with these professional sessions, participants telling you afterwards that they learned something to take home is one of the most heart-warming things you can imagine, and I was glad I could contribute to the event, even if it was for only a small part of this huge conference.

And although I did enjoy the event very much, I would still like to mention a couple of minor inconveniences that tend to accompany these online events.

The official time of the AIR Forum was Eastern Standard Time, and participating from Japan Standard Time amounted to a whopping 13-hour time difference. Since I was not on a business trip as would have been the case BC, I still had to go to work as usual, participate in meetings as usual, and drink far too much coffee as usual. Taking part in interesting discussions with people from other parts of the world is always wonderful and I welcome those opportunities, but knowing there was still a day job to be dealt with was not as relaxing as actually taking some time off and not being at work for a week.

Also, although the live chat with other participants was very engaging and informative, there was still that slight delay that you do not have when talking to somebody face-to-face, and it always felt as if time was running out while you were typing your next remark. It felt far less personal than getting to know each other over a pint of beer, or wine, or whatever you prefer.

However, with the ongoing global efforts back to normalcy, we might be able to meet face-to-face again soon. And at least the 2022 AIR Forum is planned to return to an in-person event in Phoenix, Arizona from 6–9 June 2022. 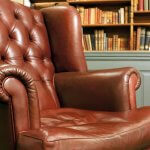