When is ‘micro’ a really BIG thing?

Micro-credentials, like MOOCs (massive online open courses), have been around for a while, but being formally included in a regulated system is relatively new around the world. They have been called various things like, badges or digital badges, mini- and nano-degrees, or micro-certifications, etc. They are intended to focus on the development of skills in specific areas and are usually much narrower and take a much shorter period of time to complete, than other tertiary qualifications and advanced degrees that are usually broader based. They are often highlighted as allowing people to upskill while working or completing other study and give the ability for those who complete them the chance to explore different career pathways or increase the possibility for promotion or advancement.

So, how has New Zealand done it and what does it mean here? To quote the NZQA, ‘The introduction of a micro-credential system will help ensure that the New Zealand education and training system remains relevant in a period of fast-paced social, economic and technological changes.’

Photo by Logan Isbell on Unsplash

The NZQA ran a pilot scheme with a few organisations from August 2017 through June 2018, and also consulted on proposals for recognising micro-credentials between March and April 2018. The Minister, The Hon. Chris Hipkins, in announcing the new system, said:

‘Micro-credentials will provide industry with an opportunity to work with Tertiary Education providers and Industry Training Organisations to bring training related to new or in-demand jobs to market quickly. That’s good for employers to access the skills they need, and for providers to ensure they can respond to local demand.’

So, what are they intended to encompass. According to the NZQA:

At a minimum, micro-credentials will be subject to the same requirements as training schemes or assessment standards and will also be required to:

While New Zealand may not be the first to introduce micro-credentials, I do believe that the systemisation of the process and formal regulation of these credentials is something to brag about.  If you want to learn more, visit the NZQA website and read Micro-credentials. You will also find links to the Minister’s announcement and the consultation that occurred.

On another note, registrations are open for the AAIR Annual Forum, so be sure to secure your place!

Register for the AAIR Annual Forum 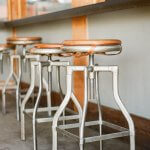